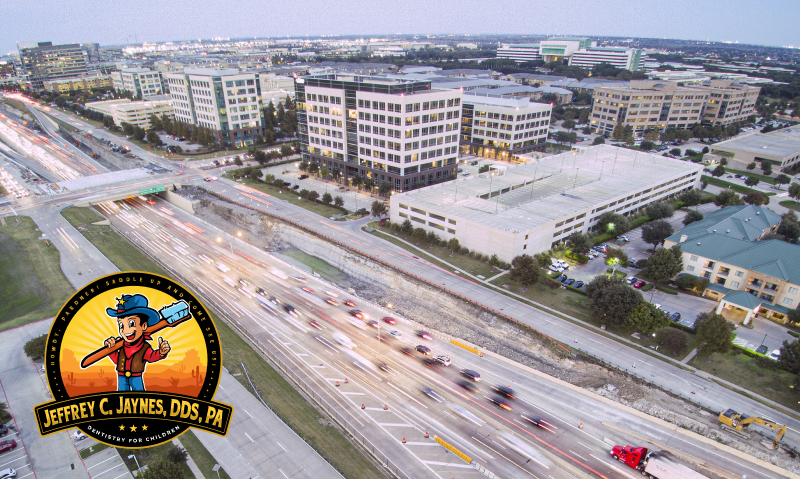 Plano’s success speaks for itself.

In the Lone Star State, Plano is well known as a hotspot for academic achievers. In fact, the Plano Independent School District ranks 16 out of 1018 statewide districts, with top-rated schools such as Anderson, Wyatt, and Gulledge Elementary Schools, along with four full-service libraries. If your interests lie in higher education, Plano has plenty of those as well. Home to several colleges, private universities, and public institutions, whatever field you’d like to study, you can be sure Plano Texas has a school for it.

That’s just the tip of the iceberg when it comes to what this North Texas city is famous for, so check out these 5 other things that make Plano Texas such a big success.

History buffs from all over the country often flock to Plano to pay homage to the Heritage Farmstead Museum, an 1891 homestead that’s now a living museum. The downtown Plano district also boasts original brick streets from the 1800s, a testament to the enduring grandeur of this Lone Star city. You can also learn all about the history of Texas’s electric railway and see a refurbished rail car from 1911 at the Interurban Railway Museum. If buildings aren’t your thing and you’re more comfortable surrounded by nature, head over to  Bob Woodruff Park. You’ll find a four-hundred-year-old bur oak tree that’s risen to a height of 90 feet!

Plano, Texas, is the perfect place for the hungry foodie in your life who always has a hard time deciding what to eat and enjoys mixing it up. The city that was once the land of Chili’s and McDonald’s now has the largest food hall in North Texas, Legacy Hall, and a restaurant-centric shopping district in both The Shops at Legacy and Legacy West. Most people are surprised to learn that apart from Lockhart Smokehouse, the North Texas city is not widely known for its barbecue and some of the buzziest restaurants in Dallas, like Sixty Vines, actually started in Plano and not the other way around.

What good would great schools and a diverse culinary scene do, if you can’t find an affordable place to live? That’s not a problem you’ll face in Plano, Texas. Even though the median price of a home in Plano is slightly higher than the national average, since you won’t pay any income tax, the North Texas city still remains a more desirable place to reside whether you choose to buy or rent. Houses around Plano are generally located near schools, shopping centers, and parks so you won’t have any problem accessing important daily family needs.

Like every other Texas city, Plano is so spread out that moving around the city is more accessible when traveling by car. For those who prefer not to own a car, that’s all right too. Plano has an awesome public transportation system in the form of the Dallas Area Rapid Transit (DART) train line, bus systems, and rideshare services. The DART system, in particular, can get you right into the middle of Downtown Dallas and even to the Dallas-Fort Worth International Airport, easily skipping over rush hour traffic.

What’s your hobby? Where do your interests lie? When it comes to fun (indoors or otherwise), Plano has plenty to offer. Dip your toes in the Texas-shaped pool at the heart of this North Texas city or enjoy the just-as-impressive indoor pool at the Tom Muehlenbeck Center.

If you prefer to stay dry while having fun, Arbor Hills Nature Preserve has miles of scenic hiking, biking, and walking paths, while Shawnee Park features a fishing pier and a large disc golf course. Nightlife in Plano is also nothing to sneeze at, with chic bars like 32 Degrees Bar and the Prim and Proper serving an array of cocktails and wine that may just get you to say, “It’s five o’clock somewhere” at any time of the day.

You may find the things that make Plano a success a little ordinary, but for the people who live here, this North Texas city is anything but. With great schools, affordable housing, a thriving culinary scene, and diverse entertainment centers, many will agree that life in Plano Texas could be the postcard for the American Dream.

As a bonus, your favorite dentist, Dr. Jeff, provides outstanding dental services for kids in Plano and its surrounding communities. Feel free to schedule an appointment with us today. Dr. Jeff and his team can’t wait to meet your family and work with you to give your little ones that amazing Texas smile!